In today’s edition of Accessibility Impressions with Dan Malito, he takes a look at the Xbox Elite Wireless Controller Series 2. Spoiler alert: he loves it just as much as Courtney did in their piece on the controller!

Hi I’m Dan Malito and please check out caniplaythat.com for all the great gaming accessibility articles, videos and reviews that today’s gaming gamers can’t game games without!
Today, we’re going to talk a little bit about game pads and one in particular. Now, I know the conventional wisdom is that if you are playing on PC you use keyboard and mouse NO QUESTIONS ASKED! In fact, just making this video I might have to go into gaming witness protection and change my screen name to chnkylover69 just to make sure that the pc gamer army doesn’t catch wind or else I’ll never be able to play warzone again without being mercilessly harassed! Yeah! You know how they get. The thing is, there are more of us than you think who use gamepads when playing pc games. Sorry to burst your bubble, but it’s true and it’s doubly true for those of us who have hand and arm mobility and accessibility issues. Yes, you could be living next to a dirty padder and you never even know! Oh, the horror! [Scary Sound] Padders – they look just like you and me. They’re your neighbors, your teachers, even your milkman! [To Off Camera] (milkmen?) They could even be your teammate!

[Scream Sound] And you never see it coming and before you know it your kids are padders too! [Evil Laugh Sound]

Yeah, sometimes it feels like that right? You tell someone you’re a padder and they act like you just farted in public and also have the plague! It’s ridiculous, like you’ve committed some mortal sin of gaming and you can never wash that stain off your bloody padder hands! You tell someone, “oh hang on I’m going to go plug in my gamepad,” and they’re like [In Southern Accent] “just what I thought…. communist.” No, comrade, it’s just easier for me so get on down off your high horse or your high mouse and understand that for some of us mouse and keyboard just doesn’t work all the time, and trust me, I’ve tried. If you look in the closet in the Nerd Cave, which is the name my family has collectively given to my office, yeah they put a sign on the door and everything. If you look in the closet, it’s like looking under the floorboards of a pro FPS gaming serial killer!
Just mice and keyboards strewn everywhere! Why?
Because I’ve literally spent thousands of dollars searching for a mouse and keyboard combination that doesn’t hurt my hands and eventually I just gave up and I became one of those dirty padders we talked about earlier. [Whispers To Camera] Communist. [Russian Music Plays]

Now, it wasn’t easy finding a pad that worked for me. I tried all the popular ones of the day. By the way, Sony, the PS5 controller? What kind of monster-handed sasquatch did you have developing that thing? [In Monster Voice] “Controller good. Where pizza rolls at?” Eventually the search led me to, spoiler alert, probably what I consider to be the best pad I’ve ever used – the Xbox Elite Wireless controller 2. Now this pad, if you’re not familiar with it, is basically the shape of the Xbox pad you’ve all probably seen and used at some point in the last 10 years. It’s got all the buttons that you’re used to but it’s got a lot of festive upgrades. First off, it’s got rubberized grip on the… handles? nibs? grips? We’ll go with grips. Which is pretty great after long sweaty sessions of Dark Souls or Red Dead 2.

In addition, it’s got a great d-pad, and we all know how bad d-pads have been over the past 10 years. It’s like the original NES nailed it and then everyone forgot how to make a d-pad correctly for the next 30 years! Now, here’s the great thing about that d-pad – not only does it come with a four-way cross d-pad but you can also magnetically swap that out for a circular style d-pad, you know, if you’re a sadist. Somebody must like it or else they wouldn’t have included it! Well, to that one person, you’re in luck! Now, let’s talk about the analog sticks. Just like the first edition of the elite controller you can magnetically swap in longer and shorter versions of the sticks and they come in both concave and convex versions and if you don’t know what that means, take a high school geometry class. The elite 2, though, has another feature of the sticks which is really cool. Included in the case is a tool that looks like half a quotation mark and for the life of me, I couldn’t figure out what it was. I was like, “oh, great… a metal…. guitar pick? I don’t know what this is.” Turns out you can use this tool to adjust the resistance of the analog sticks all the way from “pushing a marble in a cup of pudding” to… very… stiff? (We couldn’t come up with a non-x rated analogy for that one so just pretend I said something suuuuper naughty.) Anyway, I hear you asking a question, “but Dan, how will I ever keep my elite pad safe from the clumsy fried-mozzarella grease-laden hands of my beloved friends and relatives?” Well, Microsoft got you covered, my friends! Not only does it come with a handy dandy case but you can also charge the controller in the case! Yeah! The designers, they definitely have that one friend who eats a large fry from McDonald’s, extra salt, and then grabs the controller like it’s the last drumstick on a buffalo wing platter without even the thought of washing their hands! Oh! It’s like somebody dipped the controller in hair gel from the 90s! Yeah, well, this protects against that, and even comes with a nice braided cable to charge it with. Yeah, they went all out. Now we’ve covered almost all the features of this controller but there is one more that makes this an accessibility legend. On the back of the elite pad are four paddles, connected magnetically to the pad, which correspond with whatever four buttons you want. They’re removable too, so you can also use them for other things like… uh… homemade potato head! [In Announcer voice] “Yes kids! It’s here! Mr. X… Box Head! Dress them up like the gamer they are!” [To Potato] “Looking good, Leeroy Jenkins!” Or, for fashion… [In Home Shopping Salesman Voice] “Yes, thank you, that’s right Steve! You can get a pair of these wonderful Xbox themed earrings! They are an exquisite silver color which, as you know, goes with anything and you can wear them for formal events or just for some casual fun! You know, night out with the girls!
So versatile! But you better snatch them up fast! They are going like hotcakes at just 19.99, just…
oh wait it looks like we have one more price drop! 14.99 for the pair! 14.99! We have never sold them for this low of price! Keep on calling if you get a busy signal, remember the stock number is xbe- 007 and we will sell out of these fast! So keep calling!” Like I was saying, these paddles can be mapped to any buttons you want using the software on pc or Xbox. You can remap to your heart’s content, and now I’m really gonna blow your mind
here. You can even remap buttons… to themselves! Yeah! [Makes Explosion Sound]

Talk about meta! The software also allows you to adjust the movement slope of the analog sticks, there’s physical buttons on the triggers that allow you to set three different stopping points, as well as software that allows you to adjust where the triggers will register a full press. Yeah, it’s a lot. Finally, the software allows you to set profiles on the control pad itself and there are three different profile slots built in so that you can keep three of the most played games configurations on board. Now, we gotta talk about a few of the drawbacks, we gotta do it. First and the most glaring is… price! This thing costs more than my first car, which was an 88 ford aerostar van, I don’t know if you care but we had a lot of fun in that thing – but I only paid 200 bucks for it! Which is about what you’re gonna pay with tax and shipping for the wireless elite 2 pad. Is it worth it? Only you can decide.
For me, when my wrists act up those paddles are a lifesaver. There’s times I would have had to quit gaming without them, but again, 200 bucks during a pandemic – not an easy ask. Wouldn’t it be great if Microsoft gave disabled people a discount?? [Crickets Sounds]

Anyway, another drawback, which is weird, is that even though this controller is bluetooth compatible, if you use bluetooth to connect to the pc you won’t get the full function of the controller and remapping software. You have to use it wired for that, but the cord they provide is 10 feet long. On Xbox though, you don’t have to worry about that so you’re golden. One other drawback, and I know it’s nitpicking but I gotta mention it because probably there’s some people like me out there. The paddles and extra sticks and the little guitar pick are suuuuper easy to lose. If you’re like me and you’re someone who constantly loses tiny screws, and screwdrivers, and Legos, and fasteners that come with stuff, then you might want to immediately put the extra parts somewhere you won’t lose them. Amazon has a ton of aftermarket replacement part sets for like 15, 20 bucks but you don’t want to spend money if you don’t have to. So that’s it. It’s pretty great, my favorite pad of all in fact, and I recommend it wholeheartedly if you can afford it. Should you go and fence grandma’s insulin supply down by the docks if you can’t afford it? NO! OF COURSE NOT! Don’t do that! It’s not a necessity, you can still game fine with a regular Xbox pad. Point is, though, if you can swing it, it’s going to help wear and tear on your hands and hopefully you don’t have to put gam-gam into a diabetic coma to do it. Anyway, folks, [Game Tune Plays] remember for all your accessibility and gaming needs visit caniplaythat.com and check out all of the great articles and videos. In the meantime, as always, be kind, rewind, and keep on gaming! 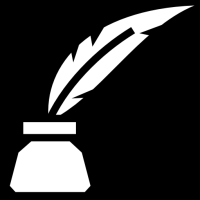 See all articles by Daniel