In my continued quest to stave off boredom in this time of quarantine, I have stumbled across yet another highly accessible and incredibly polished indie gem. Developed by 6 Eyes Studio, Fell Seal: Arbiter’s Mark is a spiritual successor to Final Fantasy Tactics that is available on all major platforms. Players control a squad of arbiters, who are sword and sorcery peacekeepers for a society run by a group of immortals. When one of the immortals steps down, players are tasked with hunting down a criminal who may or may not have been chosen to replace them. This game’s tactical, turn-based combat copies all the best parts of Final Fantasy Tactics while streamlining and simplifying some of the more esoteric elements.

As a pixel-art game, Arbiter’s Mark is downright beautiful, not to mention highly visually accessible. All dialogue is displayed in legible textboxes without embellishing through hard-to-read fonts. On top of the text, the individual unit sprites and overall maps exhibit a high degree of legibility and, although I am not very far into the game, I don’t foresee running into anything that relies on color. For players with auditory impairments, this game appears to be completely accessible. There is no audio used in the game’s dialogue, and sound does not seem to communicate any vital information.

The same can be said for players with fine-motor impairments. Long-time readers of this site will know that usually, when a game is turn based and tactical, it exhibits high standards of fine-motor accessibility. This old adage holds true for Arbiter’s Mark, and although I played the game with an Xbox controller, the fact that it’s available on all major platforms means most players will be able to enjoy this game using the hardware of their choice, and, given its slower pacing (which is meant to encourage planning), even players with the slowest of reflexes should be able to enjoy this game. On top of all this, it’s likely that Fell Seal: Arbiter’s Mark can even be played with a single input method, whether that’s one handed or even with one finger.

On the whole, Fell Seal: Arbiter’s Mark represents a promising start in accessibility for 6 Eyes Studio. 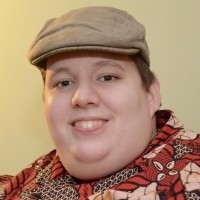