Editor’s Note: The Kid-Friendly Review Series is a bit different than our usual reviews in that they are all-encompassing instead of our usual focused reviews. Because of this, nothing will be scored, as we not comfortable rating features we don’t rely on. Instead, we will simply note potential problem areas and leave it for parents to decide for themselves if the game is playable for their child.

Life is Strange (2015) is the first game in the Life is Strange franchise, a series of episodic point-and-click inspired adventure games about teenagers grappling with forces beyond their control — both supernatural and interpersonal. Max is a teenage photographer at the Blackwell Academy who discovers a sudden affinity for time travel after having a premonition of a terrible storm, and reunites with her childhood best friend to try and solve the town’s dark mysteries before the storm is destined to hit a few days later.

Gameplay in Life is Strange is heavily narrative driven and largely exploratory; between cutscenes the player walks around and speaks to other characters, or interacts with highlighted objects to learn more about the story or to solve environmental puzzles. This classic point-and-click style gameplay is built upon with the addition of a time travel mechanic: the ability to rewind time, and to travel through photographs.

Life is Strange is described here as a “teen friendly” game rather than “kid friendly”, and is recommended for mature teenagers only, as it may be distressing for younger or less emotionally mature players. The game explores mature themes and dark content, including sexual assault, onscreen suicide, and non-consensual drugging. The fourth episode also depicts a parapalegic character as not having a life worth living, and as a burden on their family.

Life is Strange has large subtitles in an easy-to-read font, available in three sizes (up to “Hella Large”, seen above) with an optional semi-opaque black background. Max’s internal monologue is distinguished from voiced speech with italics, but unfortunately this is as far as identification within the subtitles goes; there are no speaker labels or colour coding to separate individual speakers. This isn’t always an issue, as conversations between characters always show the speakers on screen in turn, but anything outside of the conversation structure can become ambiguous and confusing.

Additionally, cross-talk and ambient speech isn’t subtitled at all. In the screenshot below, a character offscreen is speaking aloud, but only Max’s internal monologue is subtitled.

Sound effects and music tracks are also not subtitled. Some effects such as thunder trigger gamepad vibration, but this type of feedback is used extremely sparingly — more frequently for dramatic effect than to communicate the presence of sound.

The game does communicate well visually; interactable objects are highlighted in cross-hatch and labelled, and context buttons appear when you become close enough to interact with them. Animated pop-ups alongside text captions appear when the world-state is changed, and when ‘rewinding’ is available.

Many of the ‘rewind’ puzzles pit Max and her objective against time: being inevitably caught by somebody, or avoiding a falling obstacle, or retrieving an item before it becomes unavailable. While thinking and acting quickly can be the easiest way to finish these segments quickly, the ‘rewind’ function means that the puzzles are designed so that the player is expected to run out of time at least once. Quick, dextrous play may finish the puzzles faster, but isn’t required to complete them, as players can rewind as often as they like within a puzzle without penalty.

Rewinding is mapped to the left trigger on a gamepad, with an optional ‘quick rewind’ mapped to holding down both triggers at once. Players who have difficulty with sustaining key presses may have difficulty here, as there is no alternative option, but the time travel does ‘pause’ if you stop rewinding at a time the game perceives as premature. (Note: The mouse and keyboard layout does have a single press button to quick rewind, but the mouse and keyboard layout has its own issues mentioned below!)

Later episodes involve more complex iterations on these puzzles, with multiple objectives needing to be achieved within one segment, and at least one instance of having to interact with moving objects.

While these puzzles are infinitely repeatable — a failure state keeps Max suspended in a ‘time travel’ state until the player rewinds to an earlier part of the puzzle — the player is required to succeed at them in order to progress in the game.

The ‘focus’ puzzles, where the player has to bring a photograph into focus require very precise control of the analogue sticks, or tiny incremental button pressing with mouse and keyboard. However, players who spend too long on these puzzles will be prompted to ‘auto-focus’, and be able to skip the puzzle.

As the game begins, it recommends that gameplay is “enhanced by” use of a gamepad, but playing with mouse and keyboard is still available.

The gamepad control scheme is unfortunately fixed, and cannot be remapped. You can invert both X and Y axes, and toggle on/off controller vibration, but this is the extent of gamepad settings customisation.

The mouse and keyboard controls are fully remappable, along with having adjustable mouse sensitivity, however the UI is not optimised for mouse and keyboard use; rather than press a context button to interact, you have to click-drag-release the cursor over every interactable. This is much slower, and makes the time sensitive puzzles significantly harder to finish.

Switching between gamepad and mouse and keyboard happens contextually, so some players may find a combination of both to be most comfortable for them.

Interactable objects are outlined in white and covered in white cross-hatching, as well as labelled. When close enough to interact with them, labelled context buttons also appear.

While interactable objects are highlighted, general objectives and directions are not. Each map is small, but navigating through the game depends solely on understanding the environment Max is in —  her college campus, the junkyard, Chloe’s house. It’s easy to get turned around at the edges of the maps after facing the wrong way after a cut scene, or simply not knowing where you’re ‘supposed’ to go.

The UI text is a comfortable size to start with, but there are no options to make the UI text larger for players who would benefit from that. Subtitle size can be increased, and viewed with a semi-opaque background, but there are no additional settings to improve visual accessibility.

With the threat of an oncoming storm, flashy and repetitive light effects are present from the very beginning and re-occur throughout all episodes, with no option to disable these.

Like many point-and-click style games, Life is Strange has a number of environmental puzzles that revolve around ‘find the thing’. While interactable objects are labelled within a certain distance, low-vision players may have difficulty picking out (for example) a bottle from a junkyard worth of clutter before they are close enough to prompt the label pop-up. This is especially true for players who may struggle with legibility of the labels, as many non-essential objects are also labelled that trigger flavour text interactions.

The ‘travel through photographs’ mechanic gives the player an out of focus picture and asks them to precisely focus it with two different keys or controls. When the image is close, the controller vibrates and sound effects play, but players who are unable to visually discern details may have difficulty reaching this point, or refining the image after it. However, unlike the other puzzles, these become skippable after a short time.

As in the the visual accessibility section, the biggest flaw Life Is Strange has for cognitive accessibility is its lack of directional signposting. Should you spend too long idling or exploring, Max will voice a helpful reminder of what task you should be doing next, but this can be quite frustrating if you’re idling due to struggling to navigate the environment. It’s possible to be repeatedly told “this is the wrong way” without ever having the correct path indicated, and some maps are much harder to consistently navigate than others.

It’s an unfortunate blip in an otherwise cognitively friendly UI; the game is quick to remind players of their current task, the buttons you need to interact are on-screen, and it has a thorough and clearly explained “How to play” section available at all times. Players can also find their past decisions from previous episodes plainly summarised in an option in the main menu, alongside story recaps when they begin a new episode, and in an in-character journal within episodes. When a significant part of the gameplay is that your choices matter, it’s great that the game tries it’s best to not let you forget what your choices were. Ultimately, I think Life is Strange has made great efforts with its UI and play style that pays off in increased accessibility for a number of players, particularly with regards to cognitive accessibility, but falls down in parts where good features weren’t fully worked through. While many inaccessible elements of the game may be found more frustrating than they are game breaking, players who rely on keymapping and players with low vision may find themselves entirely left out. 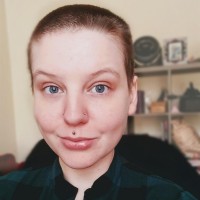