Mortal Kombat 11 is the latest game from acclaimed developer Netherrealm Studios, and boy oh boy is it massive. With a story mode that spans about 6 hours, the seemingly endless possibilities presented to you by the Towers of Time, and a fully loaded crypt where you unlock skins and gear galore, not to mention a full-featured online mode and an arcade mode with a story ending for each character, it’s hard to argue with the amount of pure content in this game. This, though, is specifically an accessibility review, where we discuss the accessible, and not-so-accessible aspects of the game. So without further ado, let’s get into that.

First, the main UI. It takes a little bit of menu memorization to get there, but once you activate the menu narration feature in Mortal Kombat 11, you’re in business. The voice work here is done by actor Jamieson Price, who doubles as the game’s default announcer. But how good is it, really? Well, the answer is basically… pretty good. Lots of stuff is covered here. The online menu is almost completely covered save for 2 notable areas: the Kombat League menu and the Custom Lobby Menu. The AI Battle Menu and Story Menus are covered completely. The Tutorial menu is covered down to the individual steps. To be clearer here, choosing the basics tutorial is spoken, but the basics tutorial is composed of many sections like movement and attacks and so on, which are not. The entire story mode menu is spoken, including chapter titles. I think you get the idea here. Still, it’s important to point out some of the giant holes in the narration as well.

Let’s start with the options menu. Yes, the very menu where you activate narration is… not narrated. I know, right? There’s more, though. Select Customize, (narrated), select character, (narrated), and then… Nothing. The entire character customization menu also isn’t narrated. Pause the game during a fight, and you’ll quickly learn that that isn’t narrated either. No move lists, no practice options if you’re in practice mode, nothing. And aside from menus, potentially helpful things like the tutorials aren’t narrated either. I mentioned tutorials earlier, I know, but this time I’m not talking about the menus, I’m talking directly about the tutorials themselves. Now, tutorials do have an accessibility feature, which I will get into later. Right now I’m just demonstrating that narration is not everywhere.

To be honest, though, the lack of narration in certain parts of the game’s menus makes a kind of sense, at least for now. As I mentioned, Netherrealm took the voice acted route with their narration, which is the costlier and more difficult choice. To cover all the things I have just mentioned, much, much more voice work would need to be done. I think it is fair to point out where narration isn’t, but I must also say that I believe they made sensible choices to start with. You can generally get to where you’re going, and that’s the important thing.

Let’s switch now to an ultra-positive, the in-fight gameplay. There are, in my opinion, exactly 0 things wrong with this from an accessibility perspective. Every single thing has a sound. Every movement, every attack, everything. If you activate a buff, that buff will have a sound for as long as it lasts. Liu Kang’s dragonfire buff, which sets his fists aflame and increases his damage output, adds a constant fiery background noise at his position while active. Koatal Khan’s sunray buff, which heals him and does damage to opponents, makes a kind of hissing sound wherever it is placed. And yes, stereo positioning is spot on. You can tell if you’re close to your opponent or far away, so you can go for that strike or throw that fireball. It’s truly masterfully done audio.

More than that, there are other things of note. There are sounds when your offensive and defensive meters increase. There is a sound when your Fatal Blow, your most powerful attack, is available. And, if you activate it in the options menu, there are sounds when you are near an environmental interaction, as well as when your opponent is near one. When it comes to the fighting, I truly feel like everything is accounted for.

While we’re on the subject of audio queues, let’s go back to those tutorials. I mentioned they had 1 accessibility feature, and they do. While in a tutorial, you can get a demo of what you’re expected to do. During these demos, you might notice that each button you’re supposed to press has an associated tone, which plays at the exact moment you are to press that button. This way you get to hear the moves in action, but also learn which buttons to press to achieve them. It’s pretty spectacular, and certainly a way to complete tutorials, though I maintain that we would learn a lot more if said tutorials were narrated.

It’s time to talk about the elephant in the room, though, the Crypt. This is easily the most inaccessible part of Moral Kombat 11. While some things do have ambient noise, such as time vaults and time bubbles when you’re close to them, and even invisible chests when you have Kenshi’s blindfold active, it’s just not enough. The audio isn’t informative enough to help us get anywhere. We might find a few chests by accident, but it’s not likely that we’ll make any major progress. The footsteps themselves have a weird doubling effect most of the time that makes them always sound very unnatural, and they don’t often shift positions in the stereo field as they should when the camera changes. This is something that I was lucky enough to have sighted help with, and while it’s awesome to have that option, I dream of a world where it’s not necessary. There are things that could have been done here, but just weren’t. The crypt clearly wasn’t considered at all when it comes to accessibility.

In conclusion, Mortal Kombat 11 is a great game. It’s fighting system is deep, and many aspects of it are accessible in a lot of ways. The Crypt aside, and even all the other little gaps I’ve mentioned aside, I simply must recommend this game to anyone interested in playing a fighter. Netherrealm has already spoken about adding more accessibility in the future, and I think I believe them. In the world of accessibility, you dream of a day when your review is outdated. Let’s hope that day comes soon.

Brandon is a blind accessibility advocate and consultant in the area of video games, working to establish the principle that the blind are gamers too. Find him on Twitter and his website. 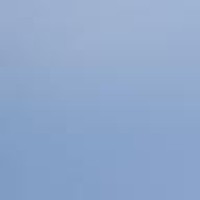 See all articles by Brandon